I have changed the network settings of my RPI 3B+ with a RAK2243 gateway to be able to connect over the ethernet cable to the internet. After that, I had to change the gateway-id on ttn to see the gateway coming online again. It now uses the wlan address and not the ethernet address anymore (please see attached images for the output of ifconfig). 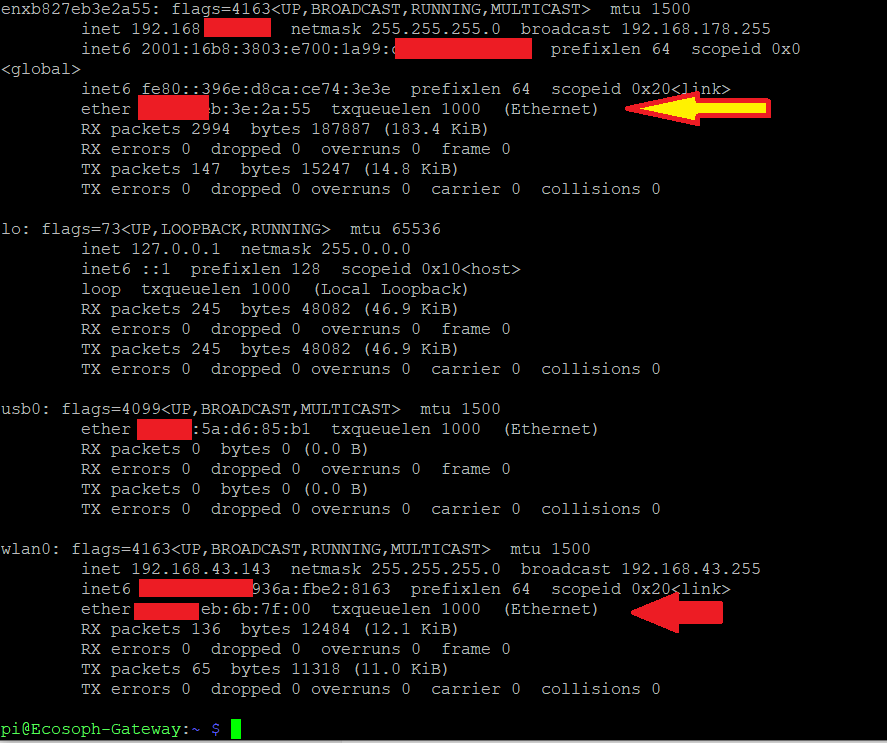 I am just wondering why the gateway ID on the same hardware has changed.
Thank you! 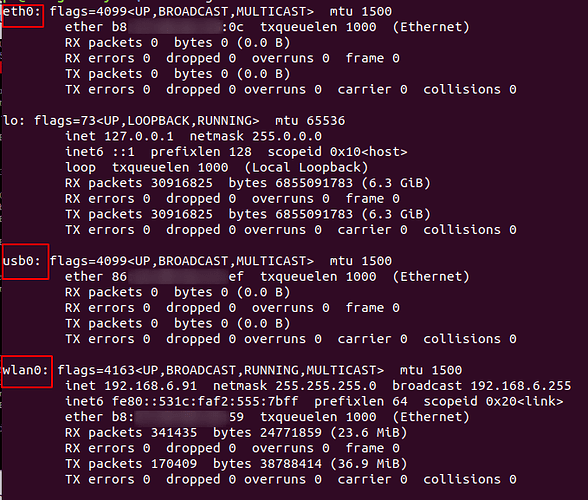 But in your screenshot, I don’t see eth0. Most likely because your changes have caused the name of eth0 to change.

Alright, makes sense. Thank you a lot! I have followed the standard guide for setting up the gateway:
https://doc.rakwireless.com/rak2245-pi-hat/rak2245-pi-hat--lora-gateway
The only thing I’ve changed might be the hostname.
Anyways, for me it’s ok since it is working.