How to change LoRa sub-channel map

I don´t know where in the C++ is place the LoRa sub-channel map to change the configuration.

Could you help me?

Thank you again @beegee by your support.

Let me share some news with all of you including: @makahernandez and @jmarcelino

I am configuring my test infrastructure and it will be this way, using the TagoIO slide to explain: 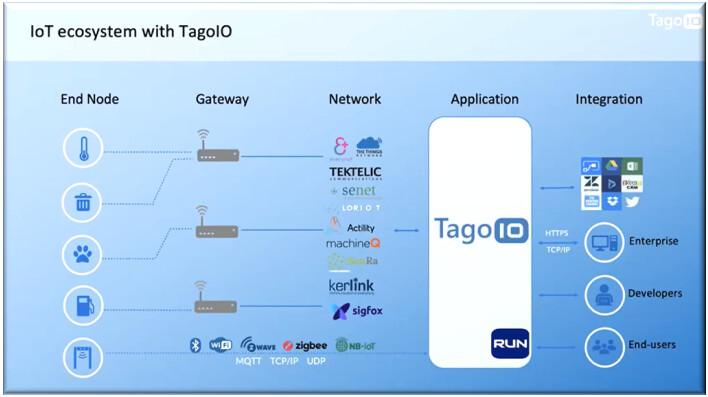 Thanks for sharing. Let us know your outcome.

The uplink and downlink channels are fixed defined in the Region definition files inside the library. At the moment changing this configuration by a function call is not supported.

Let me give some details, I mean, I have:

I configured most of LoRa parameters (DevEUI, AppEUI, AppKey), equal in both LoRa Network Servers. Then I just need to change subBands, to test differents environment.

I would like to describe a join problem that I am having, but first of all, I need to know: Until now, Does it make sense for you?

I configured subBand 2 my new Wisblock with RAK1910 GPS module, but I am receiving a error message: “uplink channel not found”

Could you help about it? I was thinking that I could have a wrong channel mapping, but you told me that it is done when we configure the subBand.

Hi @crmrosa
I have neither TTS nor WMC setup at the moment.
What I tested was AU915 and sub channel 1 and 2 with the builtin LoRaWAN server of the gateway.
In the gateway settings, I chose AU915 region and then tested on the Sub-Band selections as shown in the image.

In both cases, sub band 1 and sub band 2, the WisBlock was connecting over OTAA and could send packets to the LoRaWAN server and as well receive packets from the LoRaWAN server.
That shows me that lmh_setSubBandChannels sets the correct channel masks for both TX and RX.

I see no problems on the node side, so I can only guess it is on your LoRaWAN server side. But that is something I cannot test.