Hi I am trying to connect RAKgateway to thingsboard I am receiving the following error log. Am I able to request support on this issue? 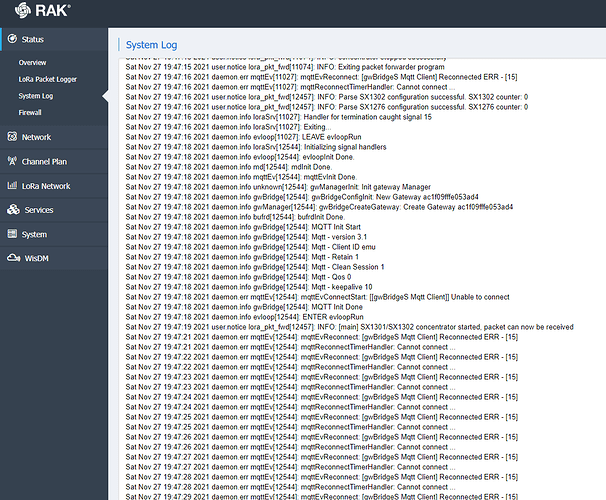 You appear to have configured the gateway bridge to send the raw, still encrypted uplink messages to things board as if it were a LoRaWAN network server.

Is that really what you want to do?

More typically, you would run the raw messages through your own network server (such as the one built into the device) and then configure the server to send the validated, decrypted application packets to thingsboard.

Probably you changed the wrong MQTT settings - you want to revert the gateway bridge settings and instead add thingsboard as an output for the built in server.

Would you be able to share the step by step documentation on how to complete your recommendation below?

I will attempt to configure my gateway based on your recommendation.

Hi Chris I am receiving the following log error now. 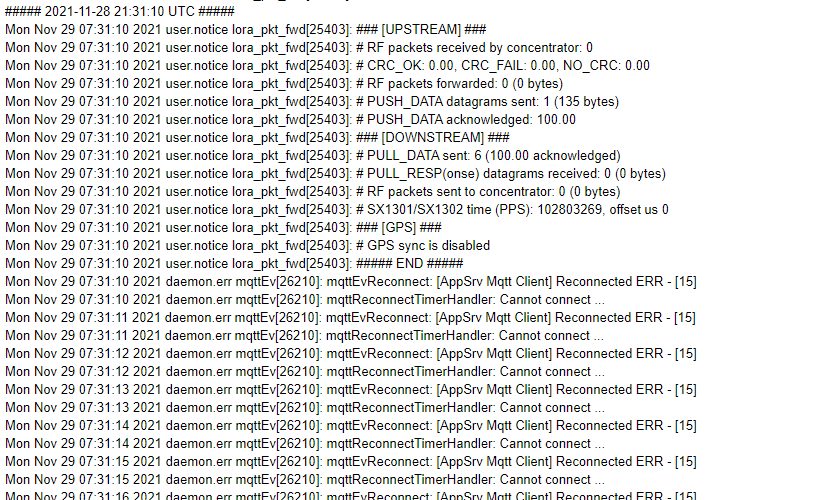