I have a WisGate Edge Lite 2 RAK7268\RAK7268C and a LoRa Enabled ESP32. I would like to accomplish sending a message from my ESP32 to the WisGate and have it publish that message to my local mqtt server.

I have tried setting it up in the following way: 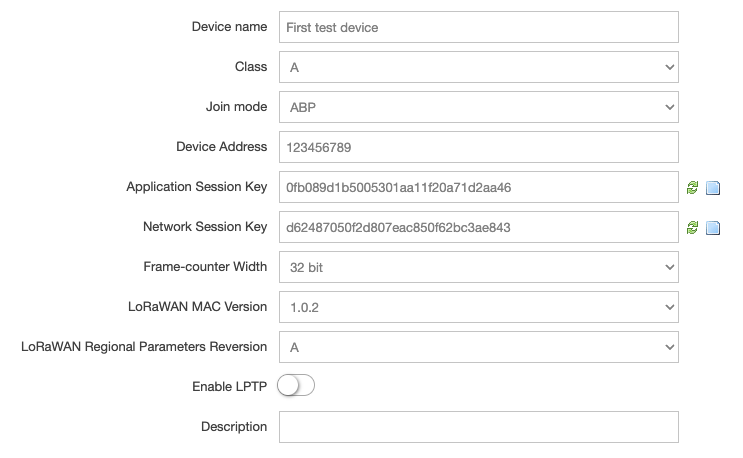 (yes I know I’m exposing keys, this is just a test and they will be changed)

When my ESP32 device publishes a LORA message, it is not being picked up. I feel quite lost and would appreciate any pointers/help on getting this up and running.

Welcome to the forum @hummmingbear

I do not know what LoRaWAN library you use, some of them use LSB format, the network server is using MSB format

Is your ESP32 using the same LoRaWAN region as the gateway?

Do you see any packets in the RAK7268 LoRaWAN Packet Logger

Thank you for the reply, much appreciated. That totally worked! I had to covert both AppSessionKey and NetworkSessionKey to the format you provided. Woohoo!!

One more question - Is there anyway to tell the RAK software to automatically decode the Base64 data/message before publishing it to MQTT?

About the dev addr, it is a 32bit number, but you set a 40bit in your code, so the upper 8 bit are discarded.

For the data sent over MQTT, as far as I know (I am not the gateway expert here), you need to decode the data on the network server. The internal network server supports only CayenneLPP format.
You can enable this in the Application => Payload Formats:

As I am always sending my data in Cayenne LPP format, I get the decoded data on the MQTT broker: 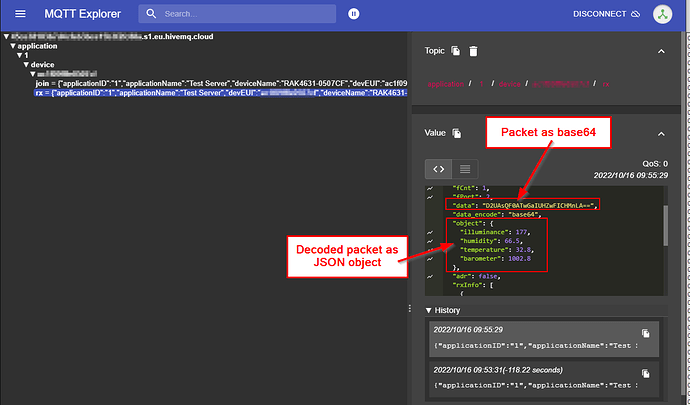 In Arduino, I use the CayenneLPP library. It is quite easy to use.

Thank you for the help! That all makes sense, I’ll try that library out