Hellow,
i have a rak7258 with this configuration

I am trying to connect to a mosquito mqtt server, but I introduce the topics that they indicate in the gw but I do not receive anything
The gw receives data, and I can see it, but nothing appears on the server, do you think what it might be?

Hi @carlos,
If you want to see the data from the device, you should subscribe to the topic : application/<application_ID>/device/<device_EUI>/rx.
You can see the topic templates here :

Hellow Nikola,
I tried it and it did not work, can you think what could be? I’m going crazy

Please doublecheck the settings of the MQTT.fx. 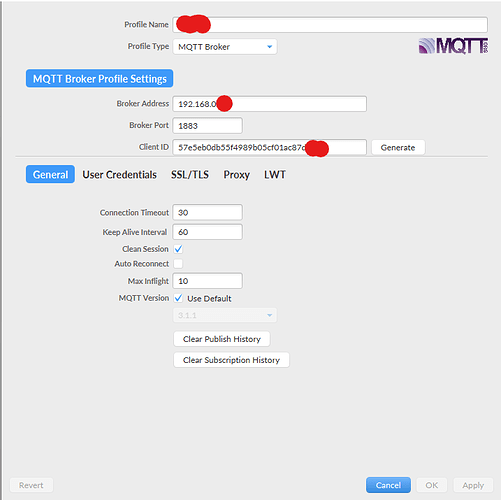 Hi,
I have the same options cheked 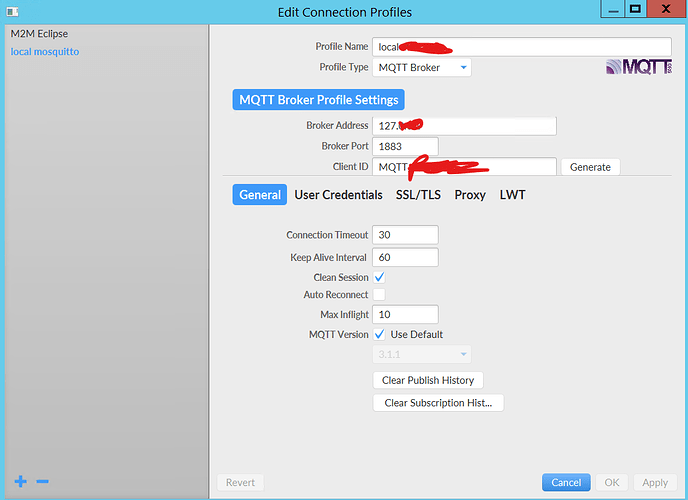 The broker’s address is the address of the server that hosts the mosquito broker, right?

@carlos,
Your Broker Address is 127.0.0.1 (localhost) which means that your MQTT broker is looking for this topic on the PC that you use to run mqtt.fx. Here you need to give your GW address.

i change it now, i put my gw adress but it did t work 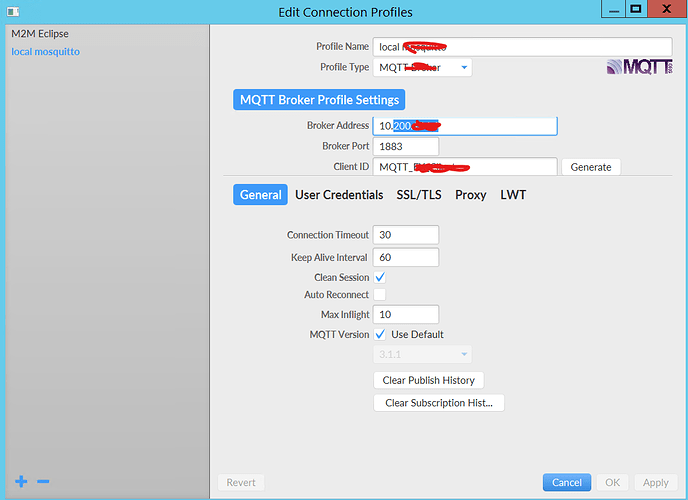 @carlos,
Have you set the User Credentials right in MQTT.fx?
Also, I started reading the theme from the beginning and I found out smth strange in the GW settings here in MQTT Broker Adress you have to set 127.0.0.1 (localhost), and from what I see it is not set like that :

I have another ip since this GW is in a different network than the local host. That was the ip of the server where I have the mosquito broker. I have checked the connectivity by ping between the server and the GW and it is correct, as well as port 1883 is open

Also, I started reading the theme from the beginning and I found out smth strange in the GW settings here in MQTT Broker Adress you have to set 127.0.0.1 (localhost), and from what I see it is not set like that :

This is because there are two distinct uses of MQTT in such a system, not just one.

The first usage is for the gateway component to send (via the UDP to MQTT bridge) raw encrypted traffic to the network server on the gateway/ topics.

The second usage is for the network server component to send decrypted traffic to application consumers on the application/ topics.

Since the asker wants application traffic not raw encrypted traffic, it’s the network server that needs to have its output pointed at the external MQTT broker.

Both the gateway component’s MQTT bridge and the network server’s input side need to remain pointed at the on-board (127.0.0.0 loopback) MQTT broker.

Hello,
I really don’t understand very well if that applies to me (excuse my ignorance)
I have tried putting the IPs that you said and it still doesn’t work.
I don’t know what else to try

Basically you’re going to need to take time to understand the architecture of how the various pieces of the system fit together, and the above explanation.

Perhaps what you should do is reset the RAK7258 to factory configuration, make sure everything works, and then change only the address of the network server’s application interface MQTT broker.

Hellow
I understand more or less how it works.
I have a structure like the one in the photo.
The GW is inside a different network (vlan) than where I have the mqtt server hosted. All ports and connection are enabled, so I have a connection 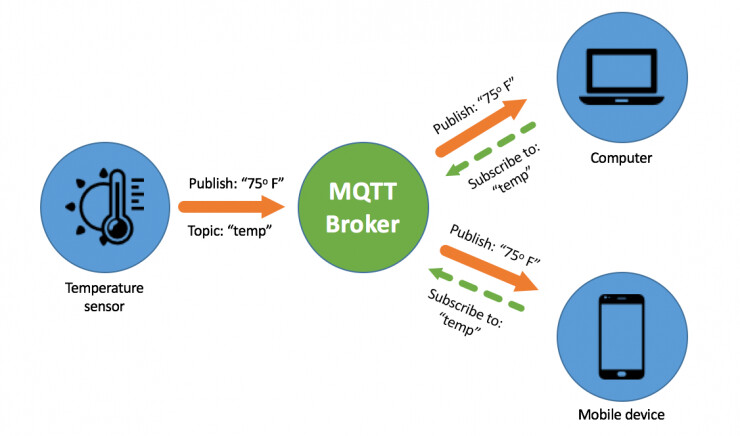 What I do not understand is why after following the steps in this manual I cannot get the data in my broker(sorry but i can upload the file)
LoRaWAN Deployment Scenario 1:
Using your Gateway as a LoRaWAN
Server Hub
WisDevice Series
RAK7249/RAK7258

Unfortunately that does not really represent an understanding of how the system works. In particular, it is missing both the role of the UDP-to-MQTT gateway bridge, and the fact that there are two entirely distinct uses of MQTT in the chain of processing and delivering an uplink, not just one.

I’d strongly encourage taking time to understand what each component of the system is responsible for, and how it interacts with the others, as it will be very hard to trouble shoot issues without a clear mental picture of how all of the pieces fit together.

if you are using mqtt bridge you must create application server in broker host so configure build in server and use global integration path for mqtt communication.

note topic should be same in gateway and mqtt server.

if you are using mqtt bridge you must create application server in broker host so configure build in server and use global integration path for mqtt communication.

No! The above is utterly confused.

Again, the MQTT bridge is for the raw gateway data between the gateway part of the box and the internal or external network server. It is NOT used for the application data.

Unless you are using an external network server do not change the settings of the MQTT bridge. Doing so will only break things entirely.