Problem with sending a message from MQTT to Lora node

first, i made the lora gateway and lora server with the rak2245 pi hat and dragino lora shield v1.4, and i used the arduino sketch in ( https://github.com/dragino/Lora/blob/master/Lora%20Shield/Examples/lora_shield_ttn/lora_shield_ttn.ino 1 ) and changed the keys and the device address to send data to the server and it works good using the json decoder in the following picture. 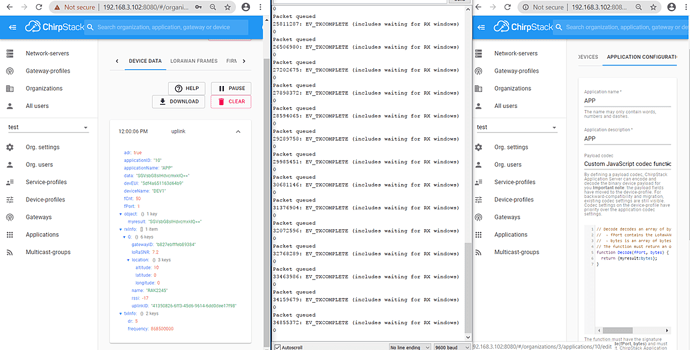 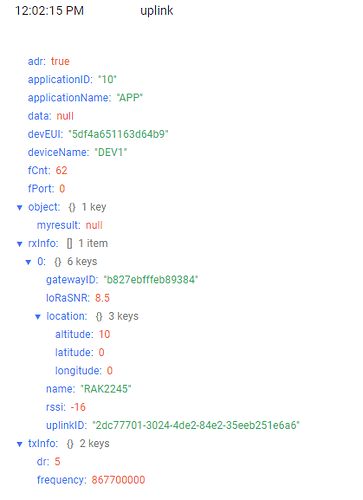 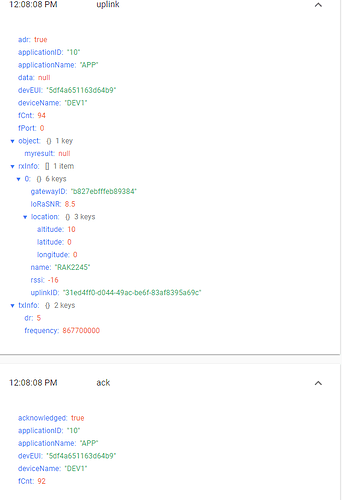 where the data i send is a json file

when i use MQTT spy i can see the data coreectly arrived in the device.
so my problem is how to get the data sent from the mqtt on the node (see the data in the arduino serial) exactlly as it is?
velev (Todor Velev) January 29, 2020, 5:12pm #2

thank you it worked perfectly