I received a couple RAK2287 sample units apparently setup for EU868, but unfortunately we need the devices in AU915 band. Looking at the board, I found there is an SMD resistor installed in the PCB for the EU868 band. Question: If I remove the resistor and re-solder it in the 915 position, would that be enough to change the frequency? or do we need to return the boards and get them replaced with AU915 parts? 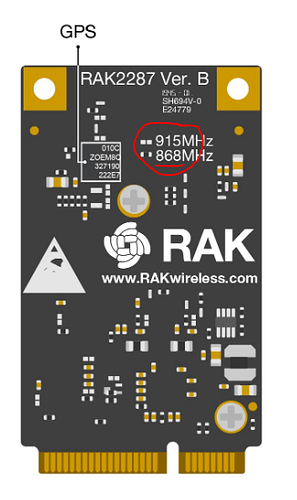 I received a couple RAK2287 sample units apparently setup for EU868, but unfortunately we need the devices in AU915 band

This change is not realistically possible.

As mentioned in the existing threads on this that “resistor” has no electrical function at all, it’s simply a marker placed at the same time during manufacture as the inductors and capacitors which tune the filters to one band or the other.

You need boards built for the intended band of operation.

Thanks very much for your quick answer.