I don’t see any power usage info for the RAK12006 in the documentation. Is it known what the idle power draw is, for example?

Yes, the power consumption is missing in the data sheet. I found this in the AM312 datasheets. 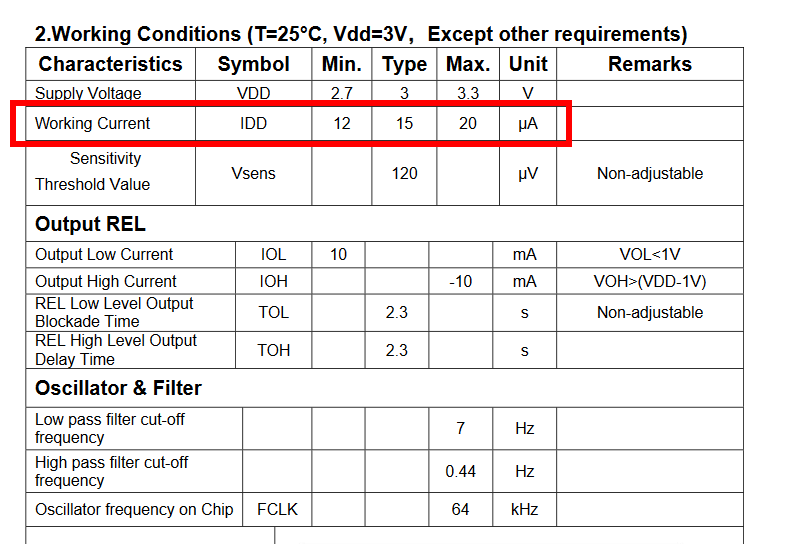 I do not have any test documents from our R&D, so I cannot confirm if it is correct.

Follow-up question… A RAK12006 should fit in Slot D of a mini base shouldn’t it? I looked at the layout and it certainly looks like it should.

What made me pause is thinking I am missing a nuance in the mini base specs. I think it will fit fine, but thought I would ask before ordering some.

Mini Base datasheet:
Slot D holds modules up to 23 mm in size

The RAK12006 is an IO module with a 40 pin connector. It will not fit in any of the sensor slots.

The reason is not the size, but the problem that the PIR is not SMD but through hole technology and has solder points on the lower side of the PCB.
A sensor slot does not have enough space between the sensor PCB and Base board PCB for these solder points

Good grief, of course you are right… I need more coffee this morning.

No worries I have a number of 5005 bases lying around, too, so I’ll use one of those.

Also, are there any RUI3 examples floating around that use an interrupt pin to wake the MCU? The only way using a PIR would make sense on a battery operated device is to wake on interrupt. Thus far I’ve only made continuously powered devices and timer based battery devices in RUI3.

If not, no worries. It shouldn’t be that hard to do I would imagine - I’ve seen a few generic arduino code examples on using an AM312 via interrupts.

For interrupts, it is the same as in Arduino. attachInterrupt().
I am using it in my Seismic Sensor example.

By the way… I like how your application programming style has evolved over the past year+.

Your current examples are very easy for me to follow, which is appreciated. The older ones were not “hard” to follow, just not as easy as your latest versions.

Are you talking about our “official” RAKwireless examples on WisBlock repo or about my private work with WisBlock that I publish on my own Github account?

Anyway, thanks for your positive feedback.

I was really referring to your private work. I use those examples the most, as they are typically closer to how I want to implement. I usually use CayenneLPP for the payload format (when it makes sense), so your examples align there too.

The official examples are good too, and I do reference them as well.