Hello,
I am looking for a way to check the connection status of the RAK4270,
The RAK3172 has the command AT+NJS
I am wondering if the 4270 has anything like that?

Hello @Kevin192291
LoRaWAN doesn’t have a connected status. AT+NJS just tells you if you had joined the network server in the past. If you are out of range of your gateway or the gateway is down, the RAK4270 (or RAK3172) has no idea about it.

To check the JOIN status you could try at+get_config=lora:status, the information is within the returned status: 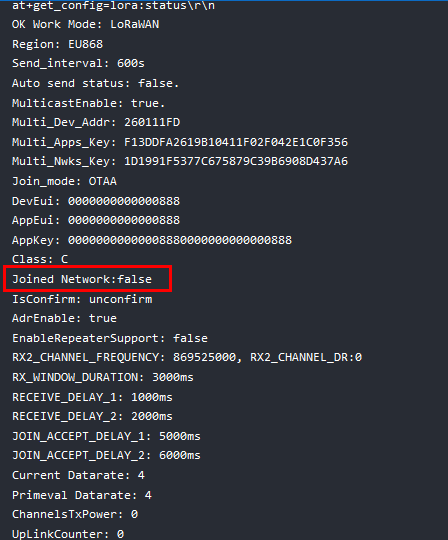 The only way to know if a LoRaWAN server has received your packet is to used Confirmed Packets which forces the server to send back an ACK to the RAK4270.