RAK7249 not receiving any RF packets

It seems like I can’t get my gateway to receive packets. I have confirmed that my node is sending messages (in this case, OTAA join requests) but no logs ever indicate that those messages are received. I also confirmed that those requests are in the frequency band that the gateway expects (ie, US915 subband 2).

The following image shows the node sending a join request every 15 seconds. 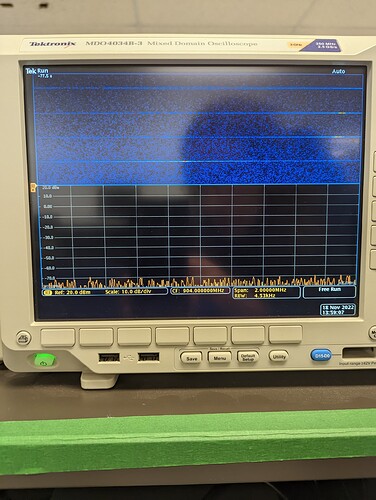 The only indication that the gateway’s modem seems to be working is that sometimes the basics station logs (as seen by ssh’ing into the gateway) will show a stray packet being received, but nothing regular. I’ve also not been able to inspect those packets in the GW’s web management platform.

Are there troubleshooting steps I could try to follow to get this resolved?