Hi Community,
I would like to design a custom HAT for the RAK2287 module. Can anyone supply a reference design of a proper 5V to 3V3 converter? The best for me would be the schematic of the original RAK2287 PiHat, if possible

Thank you very much! 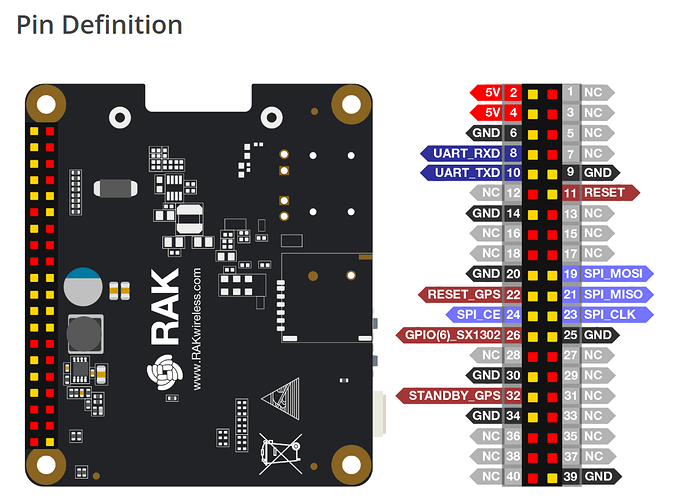 Thanks for your reply! I had already found that picture. But it says nothing about the type of DC/DC converter itself. And that’s what I am looking for.

Dear,
We can only provide you with these.Sorry to tell you! 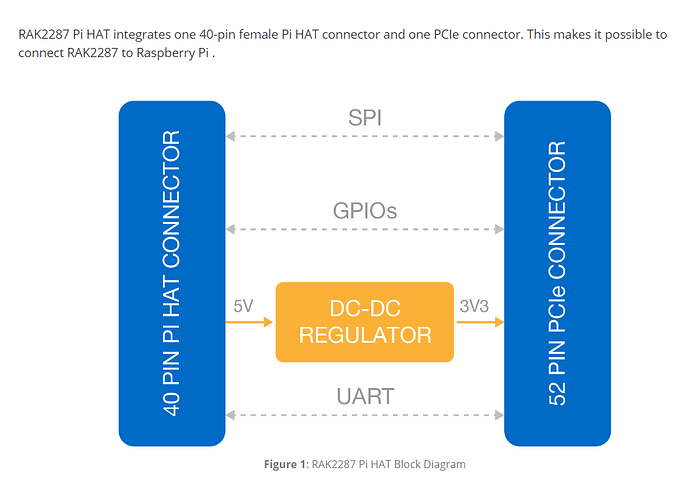 The simplest thing you can do which would work is to use a linear regulator with appropriate capacitors and a heatsink. If you want to be high-end about it you can choose a quiet one like the LT1963.

In terms of switchers, there was an old drawing for an earlier RAK concentrator that proposed a TLV62084, never tried that.

I have a board with a TPS62130A (following the regulator’s reference design including for physical geometry) which seems to work fairly well, it has a population option to use an LT1963 instead for the final regulator and I’ve not seen consistent performance differences for weak signals between the switching and linear versions, or between that board and other gateways.

If you’re going to make a board though, give yourself a footprint for a linear option in the first version, then at least you know the board will be usable, even if less efficient than you’d like.

While it’s probably less of an issue with LoRa than other radio types, I also put ferrite beads on the SPI signals to try to keep grunge from the hosting computer out of things (I think I then ended up needing to add a padding component to make the SPI clock pretty)

Thats exactly what I wanted to know. Thank you very much !