Just shared my findings with the forum members about the cellular module so that it may help someone or this can be a feedback for product improvement.

This is an ‘India Centric Experience’ with BG96 Variant.

We ordered the RAK2013 Cellular WisLink Raspberry Pi-HAT Edition / NB-IoT / CAT-M / CAT4 with VoLTE Support - BG96 Version after reading the LTE Compatibility on AliExpress as below. Everything was good till we got the delivery (Excellent packing and product quality from RAK) and timely delivery.

There was a thin line of confusion with different descriptions found and I’ve written this just to clear that air off.

Ideally if a module supports 4G/LTE, CAT1/CAT4, on a high-level, it is that the module has generic LTE support which is used for cellular devices, but the module didn’t work for us on our LTE Networks on Band 3 - 1800MHz or Band 5 - 800/850MHz. So, I decided to dig out further.

Later, with the help of an AT Command and data sheets and I came to know that the module only supports GSM/EDGE, CAT-M1, CAT-NB1. This M1/NB1 LTE is different from LTE which used on cellular devices and is a network designed for IoT devices.

The Spec sheet of BG96 from Quectel: 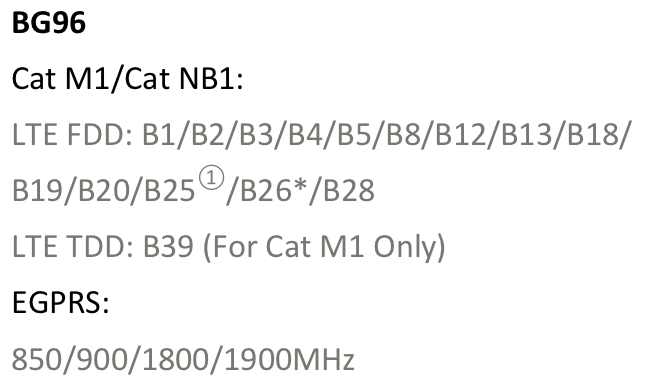 M1/NB1 Network is still on trials and is deployed commercially hardly in a place or two for testing purposes in our country. So, we cannot use this Module on our Normal LTE and should only be fall backed to GSM-EGPRS.

So, we ended up using this module on 2G Network as of now though the compatibility is LTE for IoT. Also, the maximum data rate of 375Kbps on LTE Category shows that the LTE speeds are for IoT Networks M1/NB1 and not traditional cellular LTE.

It would be good, if RAK comes up with a similar kind of Cellular HAT with a different LTE chip variant which supports various LTE Bands on the normal Cellular LTE rather than limited Bands, so that we can use wireless broadband using LTE for Pi/Gateway for backhaul support.

The above are my findings, and I welcome edits/corrections from experts here.
Just my suggestion and product feedback. 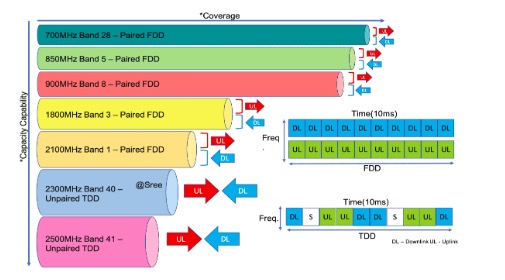